A moment of triumph has arrived for David Bramble. A man whose parents once ran a corner grocery in West Baltimore has succeeded in developing a shopping center for his hometown with a big, bright, brand new supermarket.

That’s a pretty good storyline, but just one way of looking at Bramble’s most recent accomplishment. There’s more here than meets the eye.

Yard 56, on Eastern Avenue across from the Johns Hopkins Bayview campus, might look like a suburban-style shopping center with a supermarket and big parking lot. But it’s also a case study in intelligent, determined deal-making that makes use of tax policy intended to bring investment to places that need a lift.

And Yard 56 proves that urban dead zones can be brought to life. Just a few years ago, it was an ugly, abandoned industrial site known for sporadic fires. Where most saw a 20-acre eyesore, if they saw it at all, Bramble and his partners saw potential.

Let me roll out a quick biography so there’s room ahead to tell you how Yard 56 came to be.

David Bramble grew up in West Baltimore, the son of the Rev. Peter Bramble, rector of St. Katherine of Alexandria Episcopal Church, and Joy Bramble, publisher of the The Baltimore Times. David Bramble received diplomas from City College and Princeton, then a law degree from the University of Pennsylvania. He worked as a real estate attorney before establishing (with his partner, Peter Pinkard) a Baltimore-based firm, MCB Real Estate. They’ve invested in properties up and down the East Coast. The author of a recent report on development in the city called Bramble “one of the most sophisticated developers along the Interstate 95 corridor.” Asked why, Michael Snidal, former director of neighborhood development for the Baltimore Development Corp., said: “I can’t think of many other developers as good as Dave Bramble at convincing investors and raising money, and cobbling together multiple sources in secondary markets and for difficult development sites. He sees projects to completion. And he is damn convincing at a community meeting.”

Ben Seigel, Baltimore’s Opportunity Zone coordinator, calls Bramble “one of the more enlightened and open-minded developers of large-scale projects out there.”

Bramble, 44, lives where he grew up; he bought his parents’ rowhouse in Madison Park. His company’s portfolio includes shopping centers and industrial buildings from Georgia to Rhode Island. The Can Company is one of its Baltimore properties, with the redevelopment of Northwood Plaza Shopping Center (now called Northwood Commons) underway and Madison Park North, along North Avenue, scheduled to be MCB’s next big redevelopment project in Baltimore. (The company also wants to turn the old News American site, at 300 E. Pratt St., into a 40-story, mixed-use tower overlooking the Inner Harbor, a big plan stalled by the pandemic.)

The occasion for this column is the grand opening, in Yard 56, of Streets Market, a new grocery store for Greektown and Bayview. The $77 million first phase of Bramble’s project also has produced a coffee shop, restaurants, a fitness center, a juice bar, a nail salon, an optometrist and a branch of Fulton Bank, the institution that handled the financing of the Yard. The second phase will include apartments and a medical office building, representing another $80 to $100 million investment.

When the Porcelain Enamel Manufacturing Company (PEMCO) closed in 2006 after nearly 100 years in Baltimore, the contaminated site was designated a brownfield. Bramble’s company acquired the place in 2014, knowing that tax credits would help with environmental cleanup.

Because of the project’s location and its nature — replacing urban industrial blight with neighborhood retail and amenities, creating jobs — it called for Bramble’s deep knowledge of tax policy, something that can damage the average person’s brain.

While the first round of OZ has been criticized as yet another tax scam for the wealthy, encouraging investment in stable and even upscale neighborhoods, Bramble and others in the field believe it has potential to make a difference in neglected parts of Baltimore and other cities historically redlined by banks and ignored by investors.

“In the next phase of Opportunity Zones we should start to see more deals like [Yard 56],” he says. “Now you have companies that never would have looked at, say, 21217, where I live, or other ZIP codes, who are now saying, ‘I should look in this neighborhood because if I can find a deal and make it work, I can potentially bring in Opportunity Zone capital.’ It’s making people look.”

His next big project, Madison Park North, sits in an Opportunity Zone on 8 acres between Bolton Hill and Reservoir Hill. It’s expected to include town houses, apartments, green space, shops and maybe a grocery store. It’s just a few blocks from where Bramble grew up and where he lives. “It’s the biggest private investment there in my lifetime,” says the man who’s making it happen. 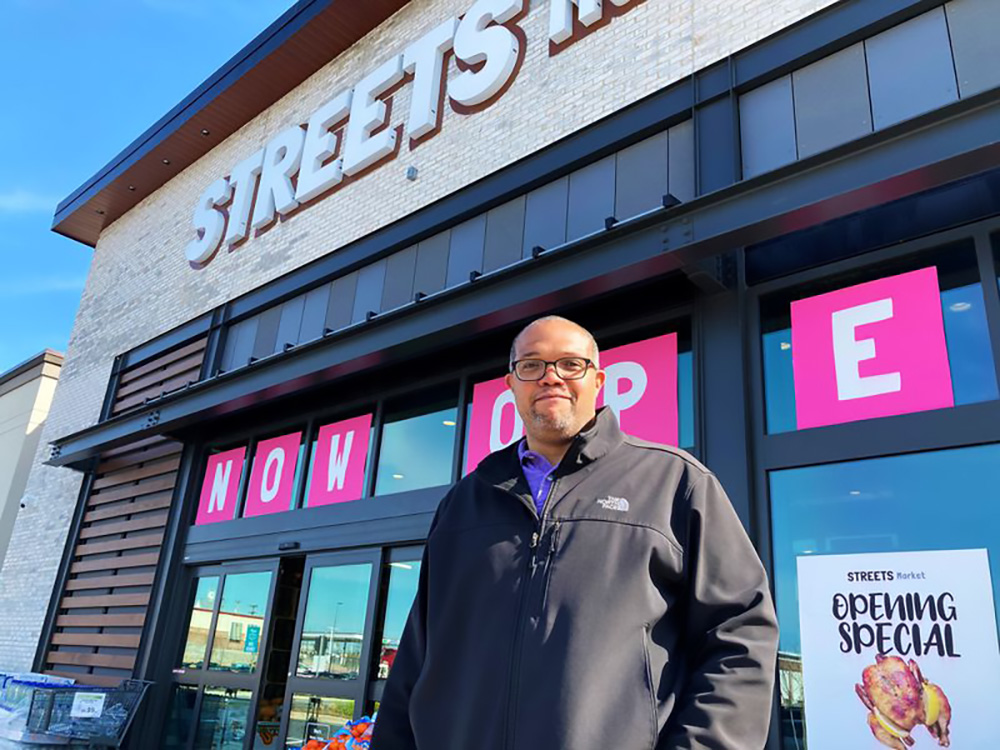